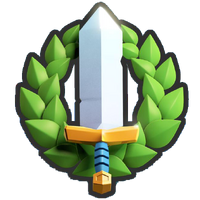 Tournaments is a feature in Clash Royale that allows players to compete against each other in a short-term competition for Gold and Cards. Once you have reached XP level 8, you will be able to join Tournaments and Victory Challenges as well as create Private Tournaments. Winning more matches in Victory Challenges, Special Event Challenges and Global Tournaments before reaching a certain number of losses results in more rewards.

Starting and Participating in Private Tournaments

Retrieved from "https://clashroyale.fandom.com/wiki/Tournament?oldid=373170"
Community content is available under CC-BY-SA unless otherwise noted.