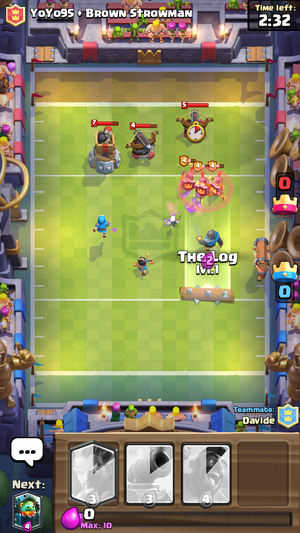 Touchdown is a game mode in Clash Royale which is currently only available to play in certain Special Event Challenges. There are currently two types of Touchdown, those being 2v2 Draft and Double Elixir Mega Deck. Unlike regular 2v2 Battles, 2v2 Touchdown does not decrease Elixir generation, the rate being identical to 1v1 Battles.

Retrieved from "https://clashroyale.fandom.com/wiki/Touchdown?oldid=373081"
Community content is available under CC-BY-SA unless otherwise noted.