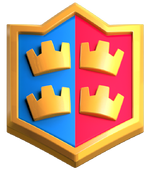 2v2 is a battle mode in Clash Royale where two players play against two other players. It is accessed by pressing the Party button from the main menu. It can be played with a random teammate, a clanmate or a friend. 2v2 battles have all the rewards of regular battles without putting Trophies at risk. 2v2 is also sometimes used as a Special Event Challenge, and they are also playable in Friendly Battles. 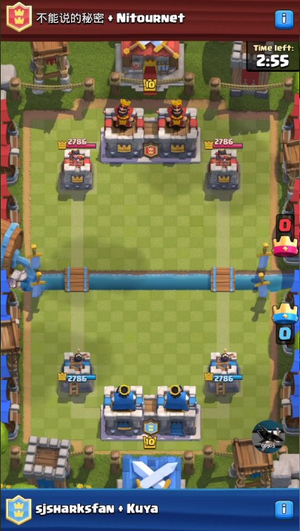 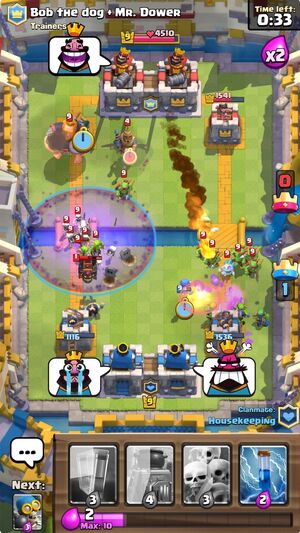 Retrieved from "https://clashroyale.fandom.com/wiki/2v2?oldid=372500"
Community content is available under CC-BY-SA unless otherwise noted.